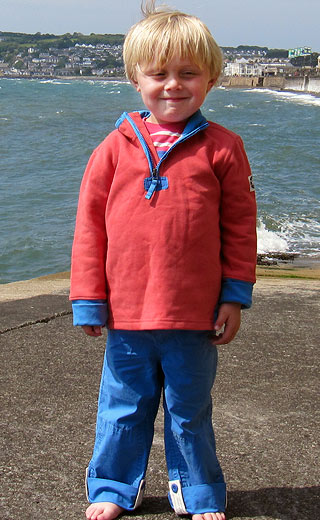 Three weeks after his birth he was diagnosed with the congenital condition Cystic Fibrosis.

The pathology of CF is its effect on the body’s ability to create mucus, mucus is much stickier and clogs the lungs which become prone to infection, lung failure being the major cause of mortality amongst CF sufferers many of whom have lung transplants.

Liver and Pancreas function are also effected thus inhibiting the body’s ability to break down fats and absorb nutrients.

On diagnosis medical intervention was immediate and swift.

A daily regime of drugs including antibiotics to counter lung infections, creon (an enzyme) with every meal to allow the body to breakdown fats and thus gain weight and vitamins to compensate for the bodies inability to absorb nutrients became the norm.

Other intervention techniques had to be learnt and applied by his parents such as daily physio sessions to help clear Logan’s lungs.

Each case of CF is unique in its aggressiveness dependent on genes inherited from parents and after diagnosis comes the waiting to observe to what extent symptoms will develop.

Some CF sufferers still don’t survive 5yrs, whilst some live beyond the median life expectancy of 38, a number which is thankfully steadily increasing.

So far signs for Logan are positive, now aged 3 he appears on the outside a perfectly healthy young boy, his weight is good and his drug load has, for now, been reduced.

Positive weight gain and maintenance is a constant cause of concern as this is the foundation of health.

The dread of colds and coughs which significantly increase the chances of lung infection is a constant aspect of day to day life.

The future is uncertain though, as the build up of mucus in Logan’s lungs is cumulative, making him more prone to infection with each passing year.

This is why finding a cure for CF is so important, at present medicine can only mitigate the effects of CF.

If present trials of a gene therapy are successful then hopefully they can be made available to Logan before his lungs are significantly harmed by infection. 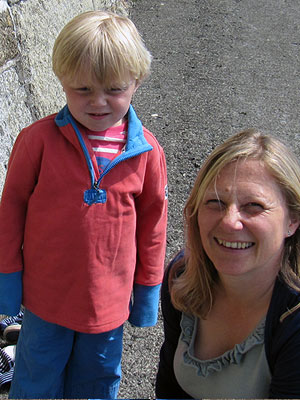